The world is full of wonderful anomalies. Human-made ones are particularly fun, from upside-down houses to boats made of mushrooms, to a smiley face of trees on the woodsy hillside of Polk City. Passersby are compelled to ask the same questions: Who did this? And how did they even think of this?

The yellow smiley face among dark green trees is visible to anyone driving along Oregon 18 around this season. On the hillside, two eyes and a wide grin greet every passing vehicle near the mile-marker 25, between Willamina and Grand Ronde. The smile appears whenever the needles naturally change color in the fall. Locals and visitors have come to expect the sight, and as the saying goes, smiles truly are contagious.

Who Created the Smile Face of Trees?

The face resides in the timberland of Hampton Lumber. Kristin Rasmussen, a company spokesperson, explains the adorable mystery. The smiley face of trees was created Dennis Creel, the then-timberland manager, and David Hampton, the company’s co-owner. They embarked on this fun little project back in 2011. [1]

“After every harvest, our foresters start planning the reforestation process,” writes Rasmussen in an email. “They typically plant a variety of native species depending on the elevation and soil conditions, including Douglas fir, western hemlock, noble fir and western red cedar.”

The dark eyes and mouth part of the face consist of Douglas fir trees and yellow areas are larch trees.

“Larch is a conifer with needles that turn yellow and drop off in the fall, which is why the smiley face is best visible this time of year,” explains Rasmussen. Meanwhile, Douglas fir retains the rich green color all year round.

Hampton and Creel were inspired to create a cute picture once they realized how scenic the location was. “When we harvested the site, we knew the area was highly visible to people travelling down Highway 18 so David and Dennis saw an opportunity to have a little fun,” writes Kristen.

The crew working on this exciting endeavor outlined the area with rope to ensure the picture would appear even. The entire smiley face is about 300 feet.

“Let’s just say smiley face designs are not the most efficient reforestation methods out there. With planning and planting it took about a week to finish.” [2]

Bringing a Smile to People’s Faces

However, the hard work was definitely not for nothing. Many people drive by the smiley face of trees every day and it lifts their spirits.

“It’s a very depressed area here,” Carmen Wagler, who had worked in the area for 35 years. “The jobs are gone. You drive along and see a smiley face, that’s all that matters.” She works at the Fort Hill restaurant, an old-fashioned diner that has a stunning view of the hillside smile.

“Yeah, my day is going to get better now because I saw a smiley face. It kind of brightens up the community.” [3]

Read More:  IKEA Buys 11,000 Acres of U.S. Forest to Keep It From Being Developed

See the Smiley Face of Trees for a Limited Time Only

The adorable smiley face will be present every year for the next 40 years or so. As the trees grow, the image will blur decrease over time. Then they will be harvested for lumber. Until then, the smile has become the company’s seasonal icon.

“The Hampton smiley face is making its seasonal appearance!” Hampton Lumber shared their Facebook page on November 12, along with a photo of this year’s hillside smile. “Have a great day!” [4]

Other Roadside Attractions in Oregon

If you’re taking a road trip to check out the smiley face of trees, here are some other classic attractions you could check out!

In Aloha, outside Harvey Marine by the Tualatin Valley Highway, stands a 26-foot-tall rabbit statue. The figure was originally a human gas station worker. However, the owner swapped the head for a rabbit’s to pay homage to the 1950s film called “Harvey”.

Peace Candle of the World

In the 70s, one town turned a 50-foot-tall silo into a candle. Originally, it contained 45,000 pounds of candle wax with a gas flame on top. Today, if you drive into Scappoose, the candle is “lit” with an electric neon flame.

This statue is an icon of North Portland. It stands at 37 feet tall at the intersection between North Interstate and Denver avenues. It was built in the late 50s, and has been decorated with scarves and Santa hats over the years. [5] 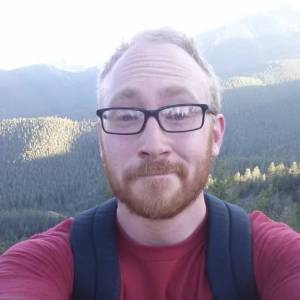 Female Octopuses Are My Heroes: They Throw Objects At Males Who Harass Them

This Rwandan With No Education Built His Own Electric Power Plant

Growing risk of once-in-a-century solar superstorm that could knock out internet, study says

Smart Meters Could be Over-billing You by a Whopping 582%. Do You Need To Worry?